Facebook Twitter LinkedIn Tumblr Pinterest VKontakte
Many foods on the market are packaged in cans, which is considered completely normal and does not seem to pose dangers. However, several investigations indicate that the material with which the cans are made can generate a toxic compound that would harm our health. We tell you what are the dangers of eating canned food. 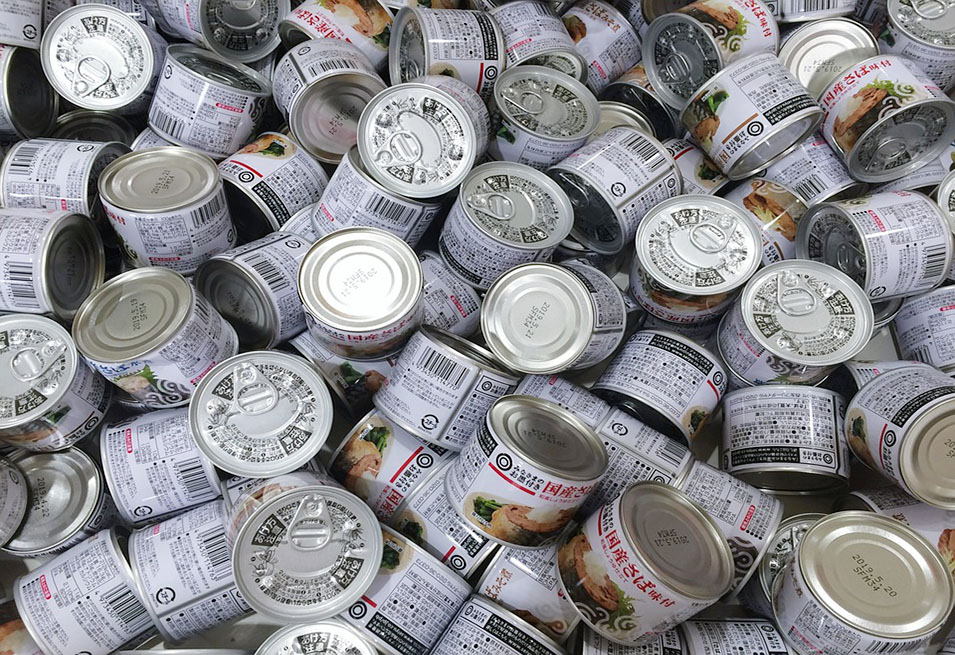 The cans have a special coating made with bisphenol A resins. It doesn’t matter if you remember this name, what you should know is that it accumulates in the body and its effects are not good at all.
A study done at Harvard University revealed that people who consumed canned soups for five consecutive days had a large amount of Bisphenol A in their urine. They were re-analyzed after 5 days without consuming them and that substance was not detected.
Is Bisphenol A Toxic?
The bisphenol A (BPA) is of great interest to many scientists. A publication of the Journal of the Medical Association indicates that this compound is used to produce plastics, resins, and cans. In a study published in the USA. UU. confirmed the presence of high levels of BPA in infants and children.
Canada was the first country in the world to declare it a toxic substance and was followed by the European Union, where this component was banned to produce bottles. However, BPA resins are still used in other products, such as the coating of metal cans for food and beverages.
There is still not enough information to know for sure what are all the harmful effects of the accumulation of bisphenol A in the body, although animal tests have been alarming.
It is known, for example, that BPA is an endocrine disruptor, that is, it can alter the functioning of the hormonal system. It is linked to diabetes, cardiovascular diseases, and obesity.
So the problem is not so much the content (although you also have to pay attention to it), but to the contact that food has with bisphenol A. Scientists are trying their best to stop using BPA in cans and not Market canned food.
The Dangers of Eating Canned Food
In addition to cans, BPA is present in plastic, even in vacuum containers. The only wrappers or containers that are “saved” are those made of glass or paper (have you thought about how the taste of a food changes depending on where you store it?).
Synthetic chemicals used to pack, store and process food are silent enemies. No one knows what you are taking or how it can affect your health (or that of your family). Most of these compounds are not inert, so they can be filtered into food without problems.
People who consume many canned foods may be affected by these substances more easily. And it is worth remembering that they can cause obesity, hormonal changes, heart problems, and diabetes.
It is true that not much is yet known about it, not even how it affects the body. What is confirmed is that can contain toxic substances such as formaldehyde, which has been found to be carcinogenic.  This substance is also found (although to a lesser extent) in plastic bottles.
The Dangers of Tuna Cans
There is no doubt that it is one of the most popular canned foods because of their versatility. However, due to the mercury of the cans where it is packaged in tuna, this food loses all the benefits of fish (Omega 3 fatty acids and phosphorus). 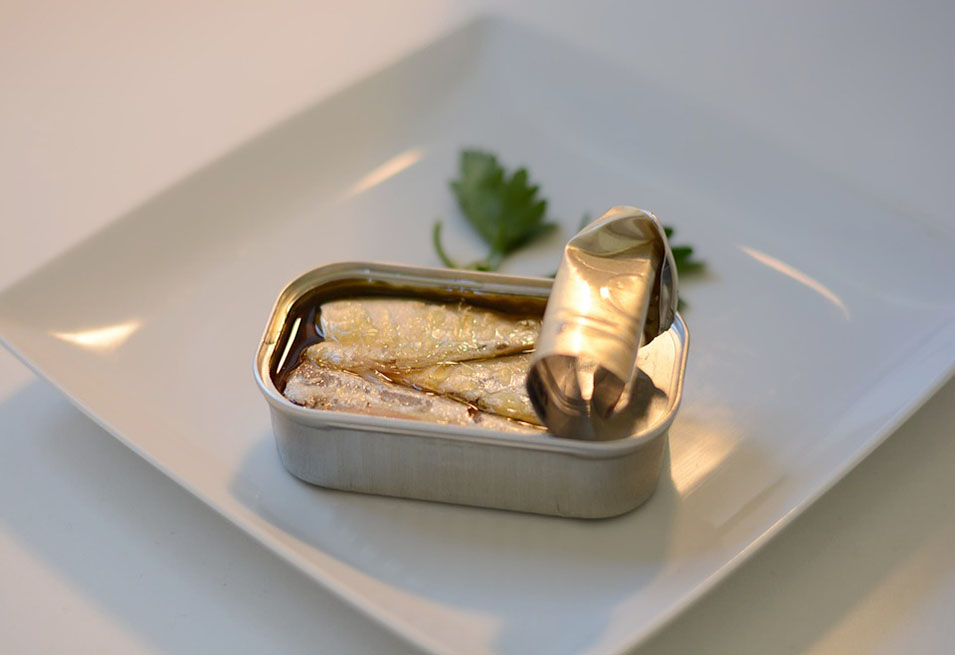 Mercury is a metal with toxic effects on the nervous system. In addition to being present in cans, it is also known to appear in some marine species due to the water where they live.
It has been observed that this metal could increase the risk of suffering myocardial infarction, neurosensory alterations, interference in neurological development (in the case of the fetus), etc.
The Risks of Coating Aluminum Cans
The vast majority of cans that are used to store food and are sold in the market have a plastic coating, also known as epoxy resin, which is applied on the surface. This procedure is performed to prevent food from reacting and its acids can erode the material.
The important thing seems to be that the cans last a long time (to preserve the food), and that is why this coating is applied.
Cans Intoxication
The problem of canned food is not new, but there is evidence of cases of intoxication, at least, since the nineteenth century. For example, in the story of John Franklin’s fateful expedition through the Arctic, where many of the ship’s crew died from eating canned food.
Years later it was discovered that the cause was lead poisoning, which was used to weld canned cans. While there is some myth in this story and the procedures for storing food have changed, it is good to know that the problem of canned poisoning is not something new.
Preservatives
It would be good to review the labels of canned food, and of all in general, before buying them. Avoid those that contain preservatives to extend the shelf life of the food. Sodium benzoate, benzoic acid or citric acid are the most used. And don’t be fooled by their codes! They usually use a letter and three numbers (E-210, E-211, E-309, etc.) to name them.
Another good idea is to opt for canned foods that do not contain oils since the caloric intake will be higher. Better canned that have water or be “natural”, as they say commercially.
Heavy Metals
What happens to the heavy metals included in the can? Many decades ago, eating in these containers was almost the same as committing suicide.
The glue that was used to seal the cans was very dangerous and caused many discomforts, sometimes even death. Fortunately, that does not happen, although there are still people who distrust the metal used to canned food. The containers today are controlled in detail.
Certain signs must also be taken into account before buying or opening them:
What is the Best Food Container?
If we were to make a scale between the most recommended materials for storing or transporting the food we would first have to analyze several factors.
For example, what kind of food will be placed inside, for how long we will store it or where it will be stored. In the case of cooked legumes, glass jars or vacuum-packed glass jars are recommended. In this way, they contain less salt and additives.
The process of sterilization of the containers is similar to what was done in the houses a few decades ago: boiling water and steam. In addition, they can be reused and are environmentally friendly. There is no perfect container, it depends on the type of food it contains.
As for plastic, it has the characteristics that it is cheap, that it can take any shape and that it is thermally insulating. Among the cons, we can highlight that the components can pass into food and alter the taste. But above the price, we should look at the problem of the overconsumption of this material for the environment during the last decades. We talk about billions of tons.
It takes hundreds of years for plastic to decompose in the environment, up to 1,000 years depending on the type of plastic. The World Health Organization and UNEP (United Nations Environment Program) have jointly stated that the disruption Endocrine (one of the effects of plastic) is a global crisis.
Conclusion
Canned foods are not as healthy as natural foods. They possess some danger to health. Finally, we have the best container that may have ever been invented, the natural one! What does that mean? That, if for example, we buy fruits, it would be perfect to go to the market and transport them with their peel. This will keep all its properties and provide us with nutrients!
Show More
Share
Facebook Twitter LinkedIn Tumblr Pinterest Reddit VKontakte WhatsApp Telegram Viber Share via Email Print

Is it Good or Bad to Drink Cold Water?