Facebook Twitter LinkedIn Tumblr Pinterest VKontakte
The spirulina may not be a basic dish on restaurant menus, but many people supplement their diet with it because they know of its numerous benefits due to the wide range of essential vitamins and minerals it has.
Spirulina is an ideal dietary supplement anti-aging thanks to its concentrated nutritive value, which is easy to digest since it contains antioxidants such as beta carotene, which is good for eye health and vision. 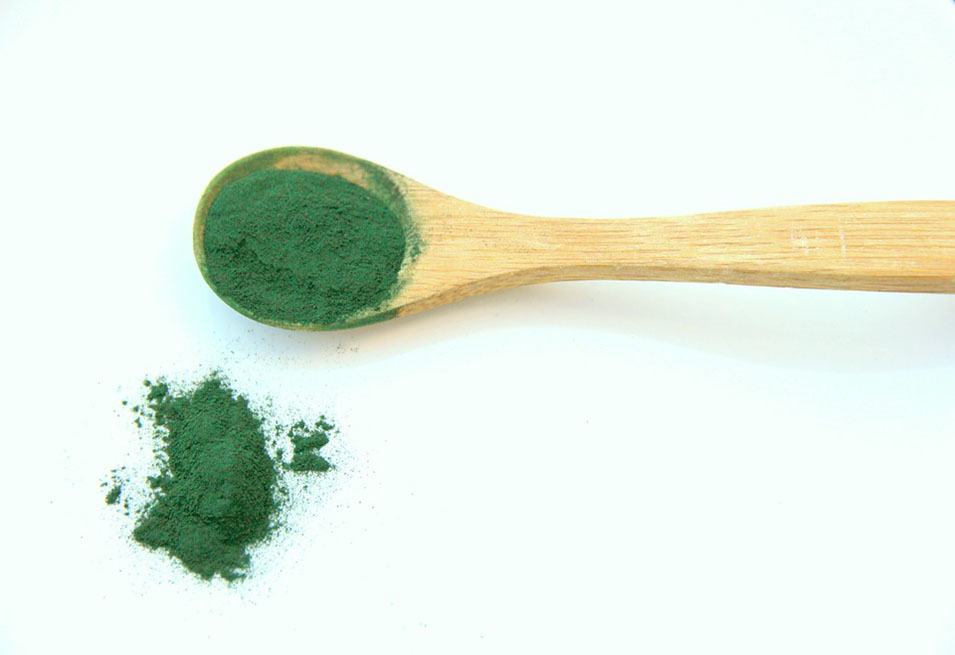 This microscopic algae is a quality food supplement rich in assimilable iron that contains more beta-carotene, iron, vitamin B12 and gamma-linoleic acid than any other food. It also contains vitamin E, calcium, phosphorus and magnesium.
It is low in saturated fats, unlike other foods with high nutritional value, such as dairy and meats, and provides essential fatty acids, which cannot be found in meat, eggs and dairy. It is also low in calories.
Spirulina is especially effective in cases of anemia, demineralization and exhaustion. It helps in recovering the physical form, gives energy and vitality and detoxifies the organism.
Spirulina is rich in iron and is easier to absorb than other dietary supplements. Iron is essential to build a strong immune system, and it is the most common mineral deficiency.
Health Benefits of Spirulina
Millions of people in the world already use spirulina as a nutritional supplement following the recommendations of the World Health Organization and the United Nations that in 1974 declared spirulina as the best food for the future.
1. High amount of protein
Spirulina is a superfood that has a high amount of complete protein , that is, it contains the 9 essential amino acids that our body needs and that it cannot produce on its own.
The amount of protein in spirulina is similar to that found in meat and soybeans, but with the added advantage that the spirulina protein is easier to digest and be used by our body.
2. Lots of nutrients
Spirulina has many other nutrients that our body can absorb much faster than nutrients from animal flesh or eggs.
These nutrients are vitamins, minerals, essential fatty acids, nucleic acids (DNA and RNA), chlorophyll and a wide range of phytochemicals.
Spirulina gives us essential fatty acids that cannot be found in animal meat, eggs or dairy products. In addition, spirulina is low in saturated fat and calories.
3. Rich in Iron
Spirulina is a nutritional supplement rich in iron that is more easily absorbed than in other dietary supplements and also contains more beta-carotene and gamma-linolenic acid than any other food.
As we know, iron is essential to build a strong immune system and the lack of it is one of the most common mineral deficiencies in people. That’s why spirulina can be especially effective in cases of anemia.
4. Rich in Calcium
In addition, spirulina contains minerals such as calcium, which is good for bones and is also involved in the proper functioning of our neuronal transmissions. It also has other minerals such as Potassium, Zinc, Magnesium, Manganese, Selenium and Phosphorus.
5. Improves muscle strength
Spirulina helps to regain physical shape, vitality, helps detoxify the heavy metal organism, lowers high blood pressure and also boosts our immune system.
Spirulina improves the muscular strength and the resistance of our body. That is why many elite athletes take it.
6. Helps reduce the risk of heart attacks
Spirulina has Vitamin B6, which helps reduce the risk of heart attacks and reduce fluid retention in the lower leg area.
7. Helps keep hair, nails and skin
It also has biotin or vitamin H, which is involved in the metabolism of carbohydrates, fats and amino acids. And it is also necessary for the maintenance of our hair, nails and skin.
Spirulina also contains high amounts of Pantothenic Acid, Folic Acid, and Inositol, which reduces hairloss on the scalp.
8. Delays the aging of our cells
Spirulina has powerful antioxidant and anti-inflammatory properties thanks to its main active compound, phycocyanin. This powerful antioxidant effect slows the aging of our cells.
The beta-carotene that contains spirulina is also an anti-aging antioxidant that is good for the health of the eyes and our vision.
9. It can protect our liver
Spirulina is also a powerful regenerator of our intestinal flora and can also protect our liver.
The results of the following scientific study revealed that the spirulina supplement has protective, antioxidant and anti-apoptotic effects (apoptosis = programmed cell death) on the liver damage produced by lead acetate.
10. Help lower LDL bad cholesterol
Spirulina also contains Niacin, which helps lower bad LDL cholesterol and Vitamin E, which protects our heart and slows cell aging.
11. control blood glucose levels
Spirulina reduces bad cholesterol, triglycerides and can also control blood glucose levels in people with type 2 diabetes. 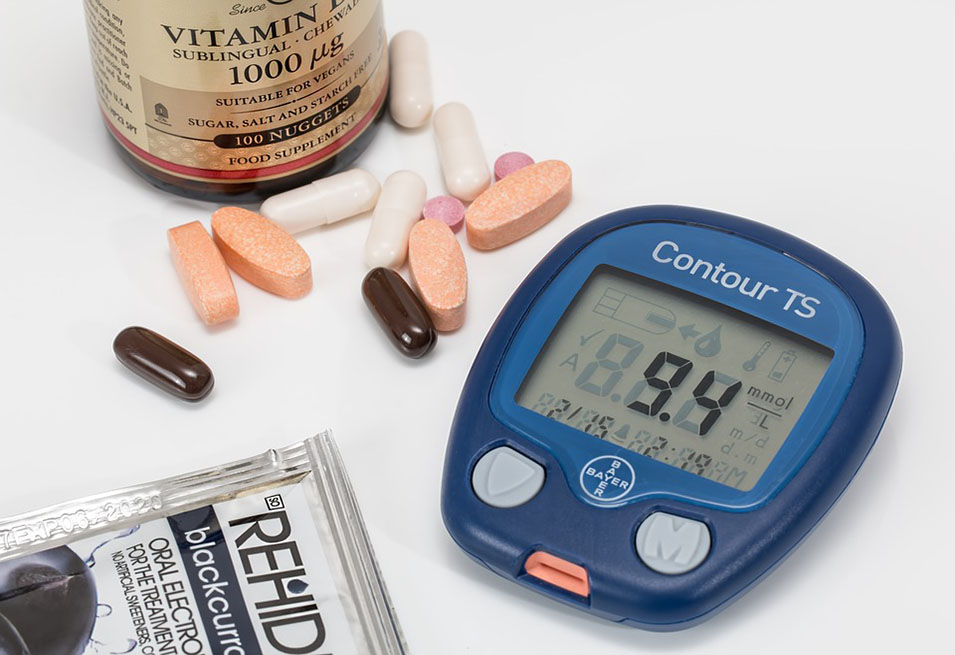 12. It is sustainable
The cultivation of organic spirulina is sustainable, since it does not need much water or a large energy expenditure. To produce one kilo of spirulina protein 50 times less water is needed than to produce one kilo of veal.
13. Other benefits of spirulina
Spirulina can have anticancer properties, especially in the prevention of oral carcinogenesis.
Spirulina improves symptoms of rhinitis Allergic to both is increasing worldwide.
In addition, and very importantly, it has been shown that spirulina supplementation has improved the nutritional status of malnourished African children in the Congo quickly and significantly.
Precautions
Despite the beneficial properties that it has, the people included in the following points should avoid the consumption of spirulina:
Those who take medications that may increase the risk of bleeding or who are diagnosed with disorders of this type.
People who suffer from diabetes, have low blood glucose levels or take a product that alters glucose levels in some way.
People hypotensive
Pregnant women or children during breastfeeding.
People with low weight.
Those people suffering from some diseases of the liver, autoimmune, with disorders of the locomotor system, nervous system. Or those diagnosed or having skin diseases and intestinal or stomach problems.
In addition, it is advisable to certify, before ingesting it, that it has no allergy to this algae.
The best way to consume it
Whether in powder, capsules or tablets, it can be used as a supplement in a balanced diet.
Due to its satiating effect, we can take spirulina 15 minutes before each meal with two glasses of water, which could favor weight reduction.
Prepare this easy recipe with spirulina
Kiwi smoothie
Ingredients
1 kiwi
1 cup pineapple or papaya
½ cup cucumber
1 fist of spinach or another green leaf
½ lemon or peeled lime
1 to 2 tablespoons of chia seeds
1 teaspoon spirulina seaweed powder
1 cup of water or soy milk
Preparation
Add the ingredients to the blender and mix. Serve cold
Show More
Share
Facebook Twitter LinkedIn Tumblr Pinterest Reddit VKontakte WhatsApp Telegram Viber Share via Email Print

Care and Remedies for Eye Infection

How to Remove Forehead Acne?

How to Use Coconut Oil for Acne

How to Treat Acne with Grapeseed Oil