Facebook Twitter LinkedIn Tumblr Pinterest VKontakte
The radish is a plant that has the particularity that can be used from the root to the leaves. This vegetable root is very versatile and serves as a companion to soups and salads, among other dishes. All this, without talking about the benefits of radish for health. Among them, they highlight its power to relieve constipation and improve kidney problems. 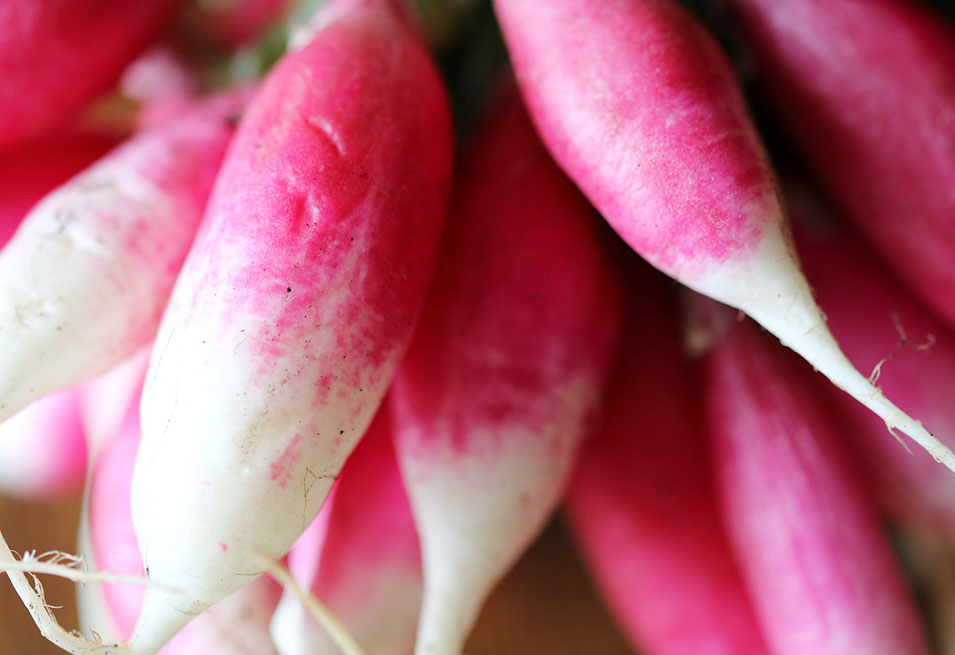 Characteristics of radish
The standard radish is red on the outside and white on the inside, although there are other varieties of pink, yellow, gray and purple. It is said that the first radish was black.
It is a root that grows in round shape and reaches the approximate size of a ping-pong or golf ball.
Its slightly spicy flavor and crunchy texture make the radish a very special tuber.
When belonging to the cruciferous family, it is considered as a cousin of Brussels sprouts, cabbage, broccoli, turnip, cauliflower, among many other vegetables.
Radish is rich in vitamins and minerals, such as vitamin C, K, B vitamins, beta carotene, folate, magnesium and calcium, among other micronutrients.
Nutritional properties of radish
Like many other vegetables, radish offers good nutritional value without increasing the number of calories in our diet. This makes it an excellent ally for those who want to lose weight and eat healthy. If you want to take advantage of its nutritional properties, and at the same time add extra flavor to your meals, include it in your salads, stews and soups.
In general, in a basic portion of raw radish (100 grams) we can find the following nutritional values:
Total carbohydrates : 3.4 grams
Fiber : 1.6 grams
Sugars : 1.86 grams
Proteins : 0.70 – 1 grams
Fats : 0.1 grams
Total calories : 16 – 17
Regarding the content of vitamins present in radishes, it should be noted its contribution of:
Vitamin C (14.8 mg or 36% of the recommended daily dose)
Vitamins of the B complex , such as vitamin B1 or thiamin (3% of the recommended daily dose), vitamin B2 or riboflavin (2% of the recommended daily dose), vitamin B3 or niacin (3%), vitamin B6 (5%) and vitamin B9 or folate (12%).
Vitamin K (2% of the recommended daily dose)
Among the most abundant minerals are potassium (233 mg), calcium (25 mg), sodium (21 mg), phosphorus (20 mg), magnesium (10 mg), iodine (1.20 mg), iron (0.34 mg) and zinc (0.28 mg). Other less abundant minerals in this tuber are copper and manganese.
On the other hand, it contains a wide list of amino acids, among which glutamic acid, aspartic acid, leucine, lysine, arginine, valine and isoleucine stand out, among others. They all combine to form the radish proteins.
20 Benefits and uses of radish
Radish has benefits and medicinal uses that many people do not imagine. Its properties, increasingly studied by researchers, help treat and prevent numerous health conditions, especially disorders in the liver, kidneys and digestive system.
1. Liver health
It helps to fight jaundice. Eating radishes is very useful in the treatment of jaundice due to its ability to eliminate excess bilirubin and maintain its production at a stable level.
They also prevent the destruction of red blood cells that usually occurs in patients with jaundice by increasing the supply of fresh oxygen to the blood. Radish is a good purifying and detoxifying agent for the body, so eating it often will help you to have your blood free of toxins and wastes. It is said that the black radish, including its leaves, is the best variant to combat jaundice; One study found that Spanish black radishes contain four times more glucosinolates (typical plant compounds in the cruciferous family), compared to other varieties. This increases its detoxifying effect in the organism, favoring the low levels of toxicity and the acceleration of the metabolism.
2. Protects the liver and gallbladder
This tubercle is especially beneficial to maintain the proper functioning of the liver and gallbladder, as it contains essential enzymes such as myrosinase, diastase, amylase and esterase. Its consumption helps regulate the production and flow of bile, bilirubin, acids and liver enzymes.
3. It helps to eliminate gallstones
The presence of stones, especially in the gallbladder3, you can fight with a preparation of radish and lemon juice. It is recommended to cut 1-2 radishes into small pieces, mix them with lemon juice and consume every 1 hour during the first day. In the following days the same procedure should be repeated, but every 2 hours.
4. Digestive health
It is rich in fiber and water, so its consumption adds considerable volume to bowel movements, promotes regular bowel movements and relieves constipation. It has also been found that eating radishes avoids diarrhea and excessive gas, combats the proliferation of parasites and favors the natural production of bile. 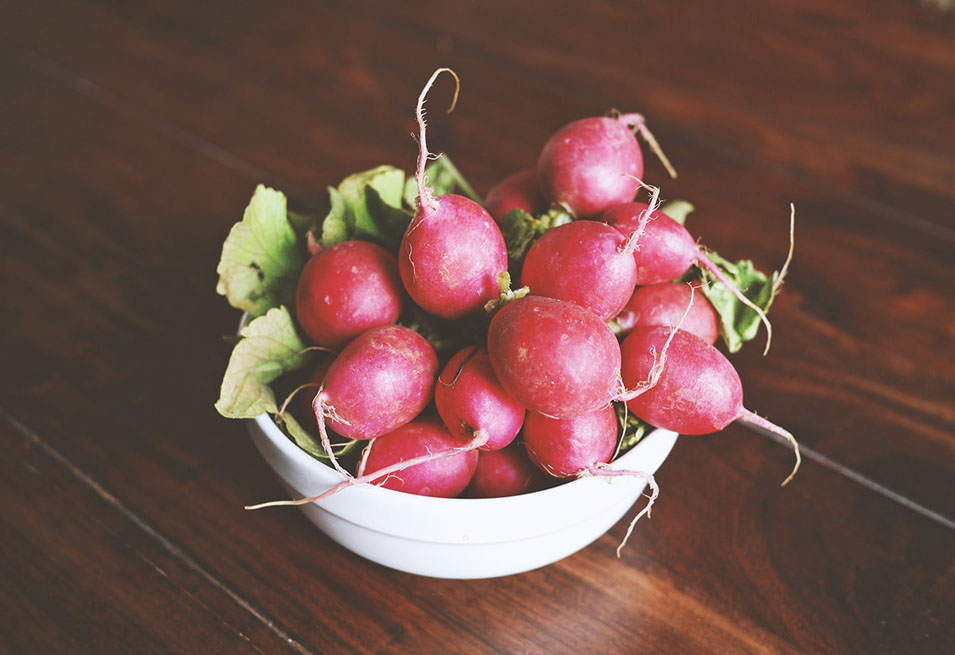