Facebook Twitter LinkedIn Tumblr Pinterest VKontakte
It is the healthiest dry fruit, thanks to the balanced composition of its fats, which reduce cholesterol and are good for the heart. In addition, it provides valuable healthy nutrients.
“Nuez” derives from the Latin nux. And the Latin name of the tree, Juglans ,means ” jovins glans “, “seed of Jupiter”, which is, in turn, the Latin version of the Greek Theos balanos, meaning “seed of Zeus”, which is as much as saying “seed of God”. 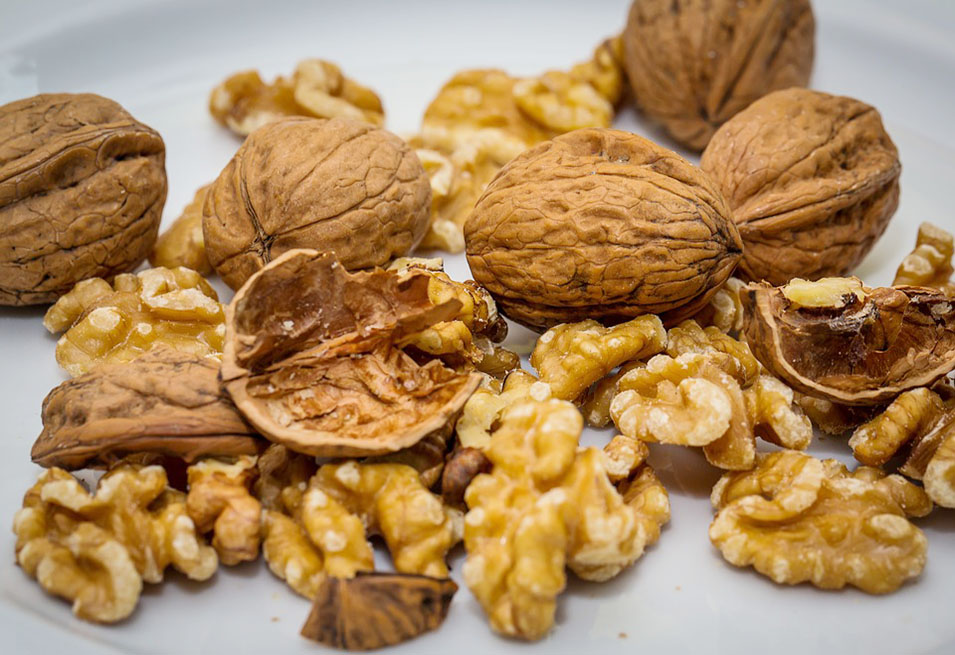 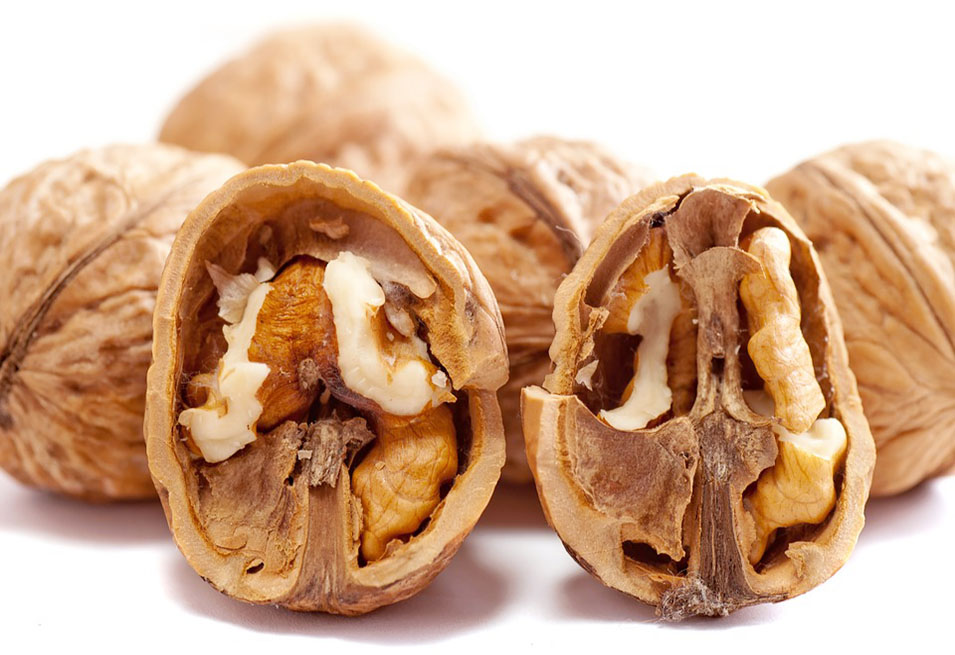 10. Eating nuts can prevent dandruff
One of the reasons for suffering from dandruff is the extreme dryness of the scalp, either:
As you just read the nuts prevent the dryness of your body, preventing, consequently, your dandruff problems.
11. Walnuts are rich in calcium
Being so beneficial for the bones that are recommended especially in women with menopause.
Along with other nuts, they are the ideal alternative when dairy products do not feel good at all.
12. Walnuts lower “bad” cholesterol
Known as LDL or “bad cholesterol” this substance builds up in your arteries causing circulation problems that can end up in strokes.
The nuts, thanks to their contribution of Omega 3 and Omega 9, reduce the bad cholesterol by increasing the good.
13. Better aging
A study from the Hospital Clínic of Barcelona and the Loma Linda University (United States) showed that the daily consumption of walnuts can help to have healthy aging.
14. Regulate the bacterial flora
Another of its benefits is the regulation of the bacterial flora of the intestine. While they also provide a great function satisfying hunger.
15. Increase serotonin levels
Various studies have also shown that nuts give us energy and positivity. This is because they increase serotonin levels in the brain, which is directly responsible for offering better well-being.
16. Anti-inflammatory action
Nuts work as a natural anti-inflammatory, thanks in part to mineral zinc and omega-3 fatty acids.
17. Help the immune system
Vitamin E and the antioxidants of the nut provide benefits and defend us from some bacteria. With it, the immune system is strengthened and we get less sick.
Why You Should Eat Walnut Skin
The outer layer of a peeled walnut – the whitish, peeling (or sometimes waxy) part – has a bitter taste, but will resist the need to remove it. It is believed that up to 90 percent of the antioxidants in nuts are found in the skin, being one of the healthiest parts of consuming.
However, be aware that nuts are highly perishable and their healthy fats easily break down. If you buy peeled walnuts in bulk, avoid those that look wrinkled and smell rancid, or those that cannot prove that they are fresh. The nuts should be stored in hermetically sealed containers in your refrigerator or freezer, peeled or not. Nuts are good as a quick and easy snack, but if you do not like the taste you can still get its therapeutic benefits by mixing them in shakes or smoothies, or you can try other types of nuts available.
You can improve the quality of the nut by soaking it in water at night, which tends to reduce some inhibitors of enzymes and phytic acid. After soaking, you can dehydrate them at a lower temperature, approximately 105 to 110 degrees Fahrenheit until they are crisp again, as they are much richer crispy.
Snacks are usually the perfect complement to arrive without anxiety at mealtime. And nuts, because of their high content of healthy nutrients for the organism, become the ideal aperitif to drink without neglecting your body or your health.
Show More
Share
Facebook Twitter LinkedIn Tumblr Pinterest Reddit VKontakte WhatsApp Telegram Viber Share via Email Print

14 Great Benefits of Tomato for Health

How to use Coconut Oil for Oral Hygiene

Grow your Eyelashes Longer and Thicker at Home