Facebook Twitter LinkedIn Tumblr Pinterest VKontakte
Turmeric, a spice traditionally used in oriental medicine, is today highly valued worldwide for its health benefits like antioxidant and anti-inflammatory properties. But, also, it has other important health benefits and is highly appreciated in international gastronomy.

Turmeric was already used in ancient times as an effective remedy to strengthen and warm the body, and fight against flu, colds, anxiety and depression. It is obtained from the root of herbaceous plant, of the family of the zingiberáceas, scientifically known as Curcuma longa, which is similar to ginger and grows in the south of India and Indonesia. The root dries and grates, obtaining an orange powder, with a powerful smell and flavor.

Today we know that it has many more virtues for health than those traditionally attributed to it: it is anti-inflammatory, stimulates the immune system (has antibacterial, antiviral and antifungal agents), and contributes to brain health (improves oxygenation). In addition, it improves digestion (reduces gas and bloating), contribute to weight loss (favors the breakdown of fat from food,) and some studies suggest that it could also control cholesterol and diabetes (it helps to control levels of Blood glucose). All these benefits are due to its main asset: curcumin, which, however, is present in small quantities (only 2-4 percent of the ingredients). 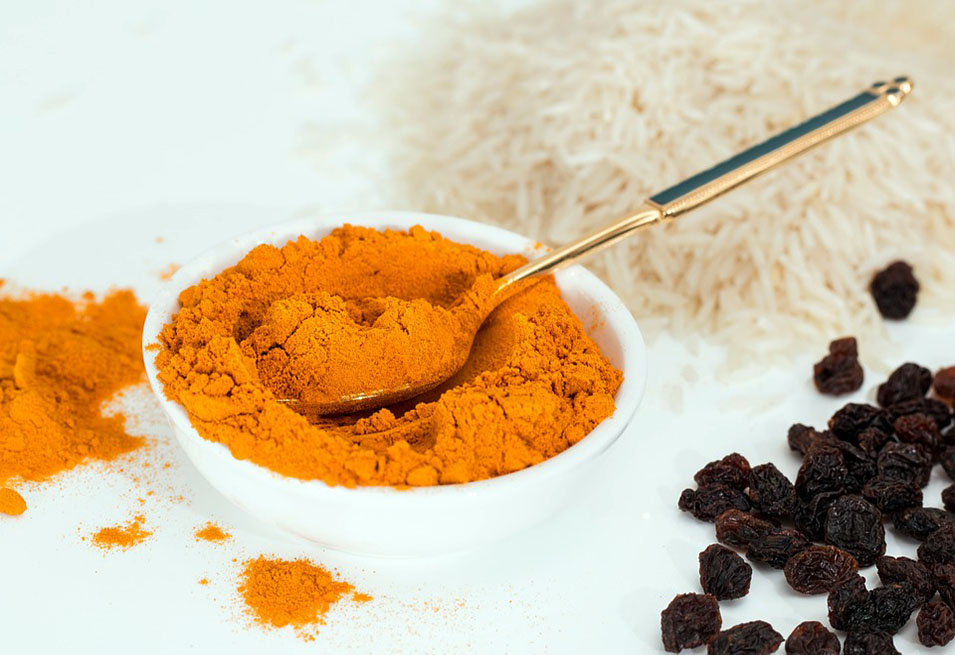 Benefits of Turmeric for Health

1. It is a powerful antioxidant that can slow aging
Curcumin is one of the active principles of turmeric and in addition to providing its characteristic orange color, it has a powerful antioxidant capacity proven in numerous scientific studies like this one.
Antioxidants are chemical compounds that retard or prevent the oxidation of the molecules of our cells. That is, they slow down the aging of our organism.

2. It is a natural anti-inflammatory
Chronic inflammation of some tissues of our body can end up producing diseases such as ulcerative colitis or gingivitis.
In a review of the scientific studies conducted on the effect of curcumin and mesalamine in patients with ulcerative colitis (inflammatory disease of the large intestine and rectum), curcumin was observed to help eliminate this disease.
In another review of the scientific studies conducted on the anti-inflammatory capacity of turmeric for the treatment of gingivitis (inflammation of the gums that affects approximately 80% of the world population), it was concluded that turmeric can be used as an anti-inflammatory supplement for preventing and treat this health problem.

3. Curcumin may reduce the risk of cardiovascular disease
Homocysteine ​​is an amino acid that if found at high levels in our body can increase the risk of cardiovascular disease. The good cholesterol (HDL) prevents the harmful fats of our body from clogging our arteries.
It is observed that the group of men who are consuming curcumin, decreased their levels of homocysteine ​​and increased the good cholesterol (HDL) of their bodies.

6. It can help to diminish the excess of fats in the blood
In a study conducted with 30 people, it was observed that turmeric decreased their dyslipidemia. Dyslipidemia is an excessive concentration of fats in the blood, such as cholesterol or triglycerides.
Before starting this study, the 30 participants had dyslipidemia, hyperglycemia and oxidative stress and after taking 1 gram of turmeric 3 times a day for 12 weeks, these 3 signs decreased.

7. It can reduce pain and help heal wounds
In a study carried out with 78 people who, after extracting a dental piece, presented alveolar osteitis, a significant reduction in pain and a rapid healing of their wounds were observed after they had applied a mixture of turmeric with mustard oil.
The alveolar osteitis is a frequent condition that occurs after a tooth extraction in which the patient presents pain that does not easily disappear with conventional analgesics.

9. Protects the brain
The Alzheimer’s disease whose cause is unknown, involves chronic inflammation of the central nervous system. The usual treatment includes the use of cyclooxygenase inhibitor anti-inflammatories.
Experimental studies suggest that, thanks to its anti-inflammatory effect, the consumption of turmeric improves the quality of brain tissue and reduces the progression of Alzheimer’s.

10. Improves the health of eyes and skin
The nerve cells of the eye are loaded with pigments, and curcumin, possibly because it is a pigment, is very useful in the face of macular degeneration. This is a disease typical of old age, in which the macula – a very sensitive part of the retina – begins to degrade and lose its capacity for perception. It is also used in the treatment of acne.
Well, curcumin regenerates the so-called “retinal purpura”, which is involved in the perception of colors and in low light conditions.

See, how much health benefits Turmerichas??? It’s really amazing, isn’t it?It is much more than an aromatic spice. It has been known for more than 4,000 years in India, and since a few decades have been proven and recognized in the West, causing its consumption to spread rapidly.
Show More
Share
Facebook Twitter LinkedIn Tumblr Pinterest Reddit VKontakte WhatsApp Telegram Viber Share via Email Print